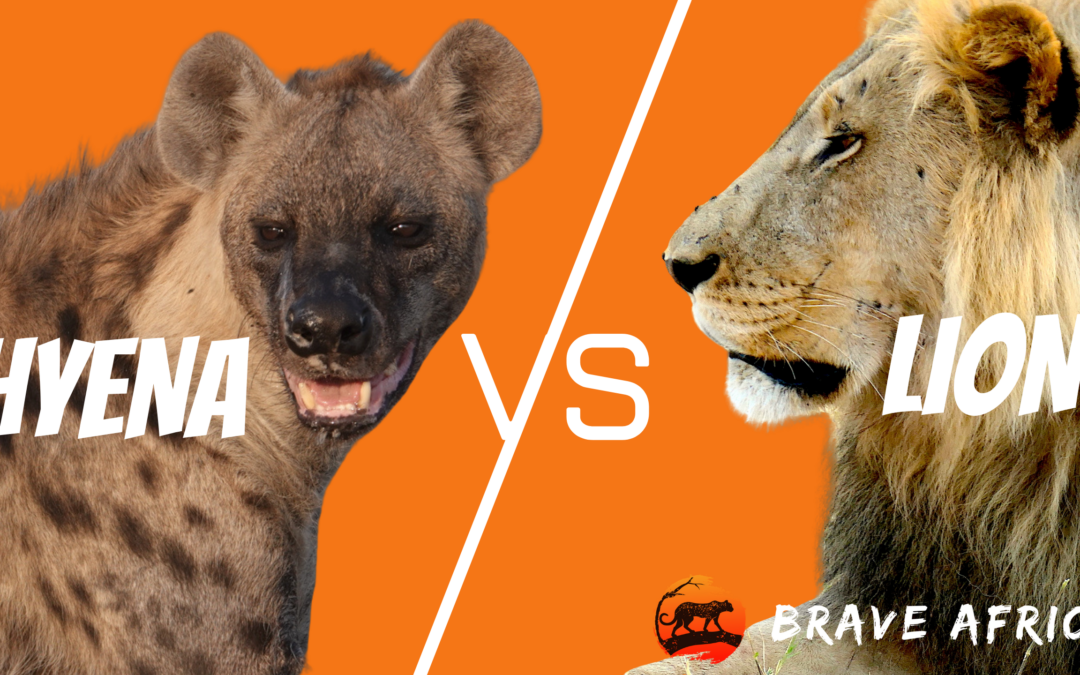 Before the coronavirus pandemic, the Brave Africa team was lucky enough to be out in the Okavango Delta for 18 days in March with a guest. Throughout the trip, they had many incredible Botswana safari sightings. Still, one lion sighting really stood out: a small pride of lions versus a lone hyena fighting over a buffalo kill.

Here’s the story of our incredible lion VS hyena battle from our co-founder and expert guide, Tabona Wina.

Flooding in the Okavango Delta

The bush was amazing!

It was so beautiful, and the game was incredible. While we can almost always say that about the Okavango Delta, during such an early and robust flood season, it is even more true.

Water was everywhere while we were on safari. In fact, it was so flooded that if it weren’t for COVID-19 closing down everything anyway, there’s a good possibility that the government may have had to close down certain sections of the Moremi Game Reserve and Khwai for safety reasons.

It was actually difficult to drive to many areas because the water was so deep and spreading. It was a marsh wonderland, which brings many interesting challenges and opportunities. 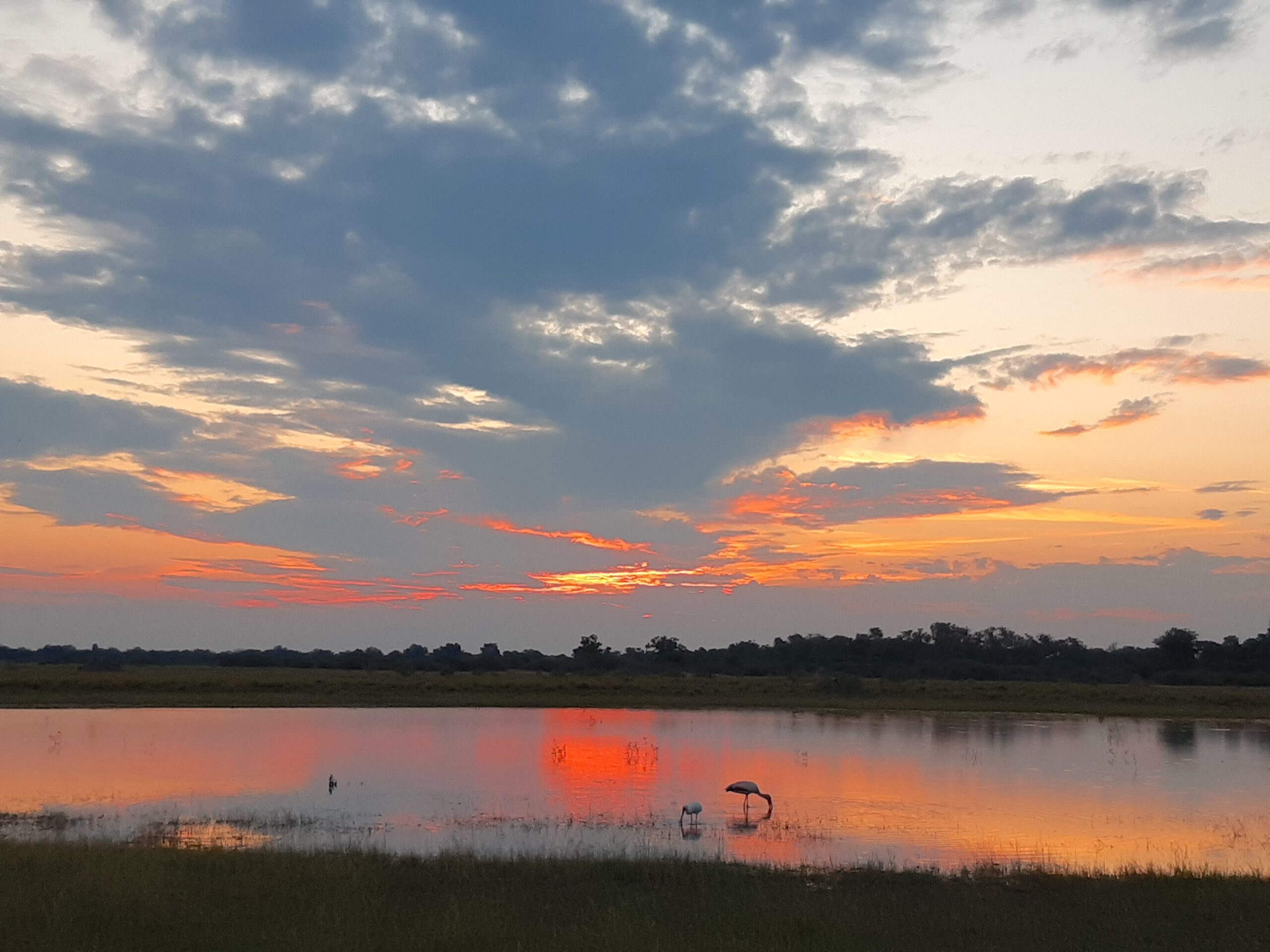 When it floods early, the areas where the game roams shrink drastically. Basically, the floods create hundreds of small islands where there’s no water, and it’s possible to hunt and forage. This brings the predators and their prey into close proximity, which can provide some amazing Botswana safari sightings.

It’s especially true for the animals in the Okavango Delta who are highly adapted to flooding. They know how to cross from island to island in search of safety and food. As a safari guide, if you know where to go and can get there, there’s no end to the incredible sightings you can have.

Lion King pitted lions vs hyena and made the hyena out to be the bad guys. That’s not quite true in nature. While lions and hyena do not get along—they are both predators and thus competitors—they aren’t necessarily enemies that will kill each other at the slightest provocation. And that’s something we got to see in person.

One morning, after our usual coffee and breakfast, we headed out to the bush in search of something special, and within a few minutes, we found it. 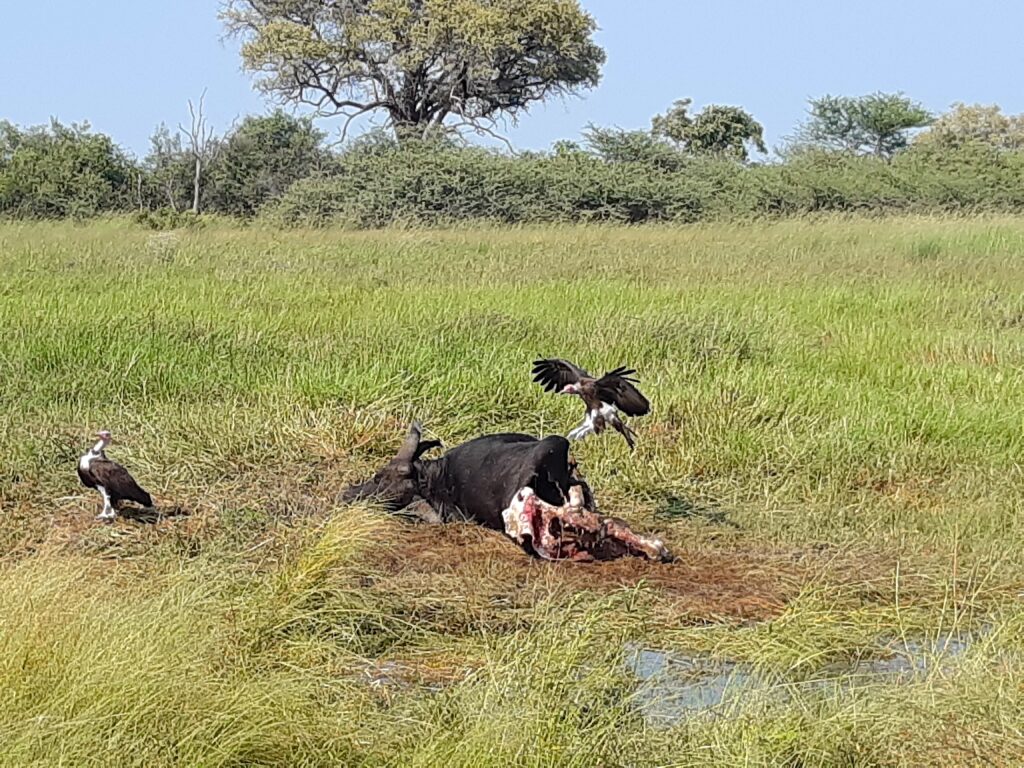 We discovered a small pride of three lions—two females and a male—huddled around a buffalo kill. They were enjoying their successful hunt, immensely, and eating as much as possible. Of course, with blood on the air, it was inevitable that hyenas would show up.

Two male hyenas prowled at the edge of the kill, well out of the way of the much larger and dangerous lions, but they were just biding their time. And eventually, they found their chance. When the male left the kill—bellies full—and found a bush in the shade to rest, the one bold hyena tried his luck.

It was like a National Geographic sighting. The bold hyena went straight up to the buffalo carcass and started eating. While the females weren’t happy and circled the kill and the hyena a few times, as long as they stayed on opposite sides of the body, they allowed the hyena to enjoy the kill, too.

Eventually, one of the lionesses even relaxed enough that it seemed like she didn’t care at all that the hyena was there at her kill. But that was NOT the case for the male. 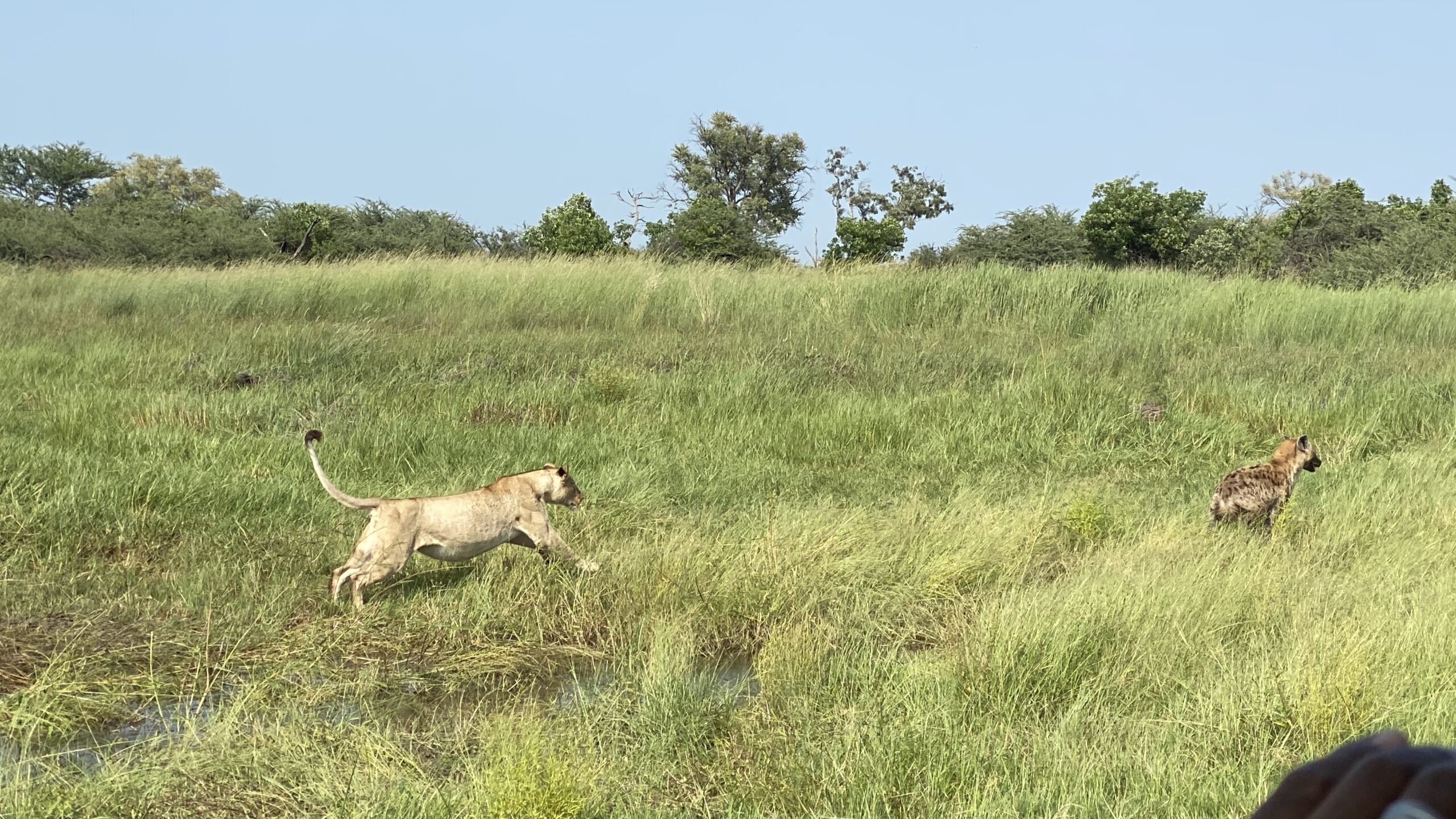 From the shade, he watched the entire situation played out, and after a while, decided that he might be full, but he would not allow a hyena to eat what was his. He broke away from the shade and chased the hyena off.

From that point forward, the lions decided that the hyena was no longer allowed around the kill, and no matter how persistent he was, he was chased off over and over and over again.

It was beautiful to watch, and we spent the entire morning with the lions and hyena.